Range/Habitat: Axolotls live their whole lives under the water on the bottom of fresh waterways and are native to Xochimilco and Chalco (freshwater lakes) just south of Mexico City. However, Chalco no longer exists. The lakes were purposefully targeted to be drained in the 1860s to prevent flooding to the surrounding areas and to allow for more land for human expansion. Today Xochimilco is a just network of canals and lagoons.

Diet: Axolotls are Carnivorous and will snap at almost any object that moves in front of their mouth. The quick opening of their wide jaw forces water, and any object in it, into the mouth of the hungry critter. They favor worms, insects, and small fish. In the Nature center, they eat a variety of worm species.

Expected Lifespan: Axolotls can live about 15 years when given the proper nutrition and housing requirements. 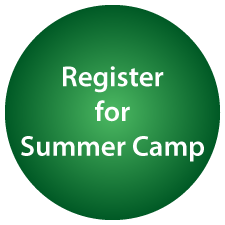 LOST AND FOUND PICK UP DAY: Sunday 8/28/22 1pm-3pm at the Nature Center! If you have any questions or would like to schedule a separate time to come, please email director@bushyhill.org! ... See MoreSee Less

We're hiring-- help us spread the word! Seeking part-time outdoor educators to join us for our fall season. For more information please reach out to Julia: jwrighton@incarnationcenter.org or visit tinyurl.com/4dntzz54 ... See MoreSee Less